On August 9, a Ten Residents Group delivered notices of intent to sue to the Massachusetts Attorney General, Division of Fisheries and Wildlife (MassWildlife) and the Town of Carver if the regulators continue to fail to enforce environmental laws.

On August 16, 2021, Save the Pine Barrens filed a complaint with the Carver Zoning Board of Appeals seeking a hearing on violations of the Town’s zoning laws by AD Makepeace. This appeal seeks a hearing before the ZBA.

The legal steps on August 9 and 16 follow efforts that started in April 2021 by local activists seeking to stop the massive industrial strip mining operations underway in Carver and Plymouth. 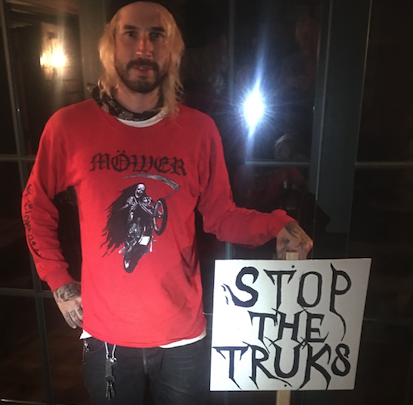 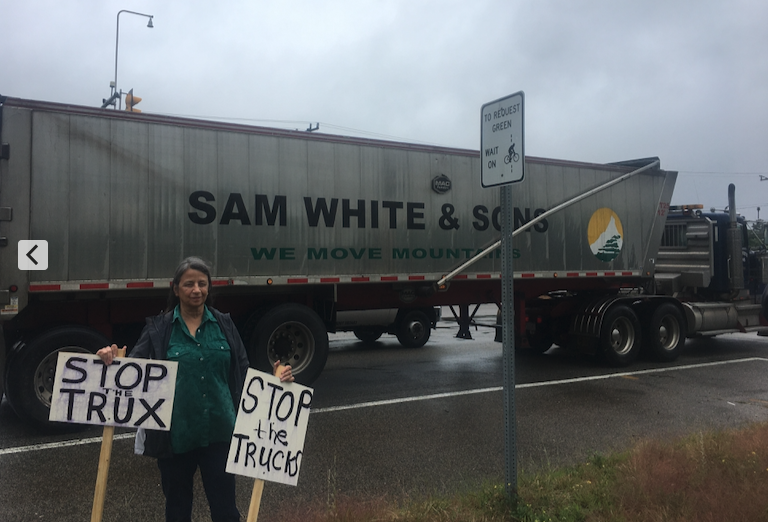 On April 6, 2021, Save the Pine Barrens, a non profit group first requested enforcement of the laws and explanations about the forest clear-cuts, strip mining and solar projects in Carver.April 6, 2021 – First Request For Enforcement to Town of Carver

On June 1, 2021, the obvious conflict of interest that the majority of the Earth Removal Committee members have in regulating AD Makepeace was outline in a letter to the Committee. Two of the members do business with Makepeace and three of them are in the cranberry business. One member, Richard Ward, is so intertwined with the cranberry industry in the region that when running for selectmen, his opponent referred to him as part of the “Cranberry Cosa Nostra.”

Here’s a quote by Ward being interviewed during the race: “Issue 3: Sustainable agricultural tax base. Our main industry is cranberries. My opponent has called the cranberry industry, of which I am a part, the “Cranberry Cosa Nostra.” Instead of calling our main industry the mafia, shouldn’t we be trying to encourage this industry to be sustainable? It’s our primary tax base! The industry helps support us and our tax base, so I’m an advocate of working with this industry.”

Additional letters with more information about violations were sent to Carver on June 14 and June 29, 2021.

On July 28, 2021 a letter was sent to Wareham and Carver about the danger to public safety from the excessive truck traffic coming from AD Makepeace sand and gravel removal operations in Carver.July 28, 2021 Letter Re: Truck Traffic

The public’s request have been ignored. Carver has not responded to any of these, other than via June 1, 2021, letter from their lawyer to say there are no violations. This is obviously not true.

We have lost so much – and that is why it is so important protect what is left.

July 28, 2021 A fifth written notice has been provided to the Carver Earth Removal Committee that their actions in permitting AD Makepeace earth removal and trucking operations at numerous locations within the Town of Carver are causing threats to public health, safety, and welfare. This letter provides first-hand testimony from local residents along with photographs documenting the ongoing unsafe, hazardous, and dangerous traffic and road conditions arising from and directly related to the Earth Removal Committee’s decision to grant, approve, renew, and extend multiple AD Makepeace Earth Removal permits for industrial sand mining operations and trucking at numerous locations.

Recordings for the July 28th Carver Earth Removal Committee Meeting can be found here and here.

July 7, 2021 What is left of once pristine Pine Barrens in Carver, Massachusetts. AD Makepeace and Borrego Solar continue to destroy and desecrate delicate ecosystems for profit. Our planet is experiencing multiple environmental crises and Massachusetts considers clear-cutting and strip-mining to be the solution? Photos taken July 6, 2021 at Makepeace Read Custom Soils site, Carver MA. The fake “soil blending facility” approved by Carver and blessed by the corrupt officials at the state’s highest environmental office repeatedly stating there was no environmental damage warranting an environmental impact report. We are neither blind nor stupid. They are corrupt.

June 29, 2021: Save the Pine Barrens (STPB) today sent a letter to the Town of Carver demanding an immediate cease and desist to all sand mining operations by AD Makepeace. In a letter to the Building Commissioner who is responsible for making sure that the zoning laws are followed, STPB described how Makepeace strip mined almost 150 acres, much of it rare and endangered species habitat, to install about 15 megawatts of industrial ground mounted solar and industrial solar panels and battery storage.

“We have tried in good faith to work with Town officials to resolve these egregious violations of the Town’s own laws. This is our third and final request for enforcement. Hundreds of acres of land are being recklessly strip mined with virtually no oversight from anyone. This situation is out of control,” said Meg Sheehan, volunteer attorney with Save the Pine Barrens, a local non-profit.

“Makepeace and Borrego Solar are exploiting the globally rare Pine Barrens ecosystem that is home to over 220 species listed under the Massachusetts Endangered Species Act and others under the federal Endangered Species Act. This is not clean energy. Our state’s energy policies force ratepayers and taxpayers to subsidize our own destruction. These project have denuded intact, pristine forests where carbon was stored for 11,000 years. Why the strip mining? For valuable silica sand. Residents of Carver are being robbed of not only the earth removal fees but also of clean water and a livable planet,” said STPB volunteer attorney Meg Sheehan.

STPB has been discussing this matter with the Carver Earth Removal Committee since April, 2021 when the strip mining and solar operations reached an intolerable level and residents said, Enough. “This environmental destruction and the cover-ups need to stop now,” Sheehan said. “It is apparent that the Town has no control over this situation and is unwilling to enforce their own laws to protect their residents. Is it corruption, conflict of interest, or the Cranberry Cosa Nostra? We don’t know but we do no there is no excuse for destroying our communities and forests and polluting our water,” Sheehan said.

The regional coalition is raising awareness about the fragile globally rare Atlantic Coastal Pine Barrens and supporting communities seeking to preserve their environmental and cultural heritage.

June 15, 2021 A few years ago pristine Atlantic Coastal Pine Barrens stood in this very spot. Now the area is a barren wasteland, stripped of forests and life and replaced by industrial solar arrays. An area once teeming with biodiversity has been desecrated and strip-mined by Makepeace.